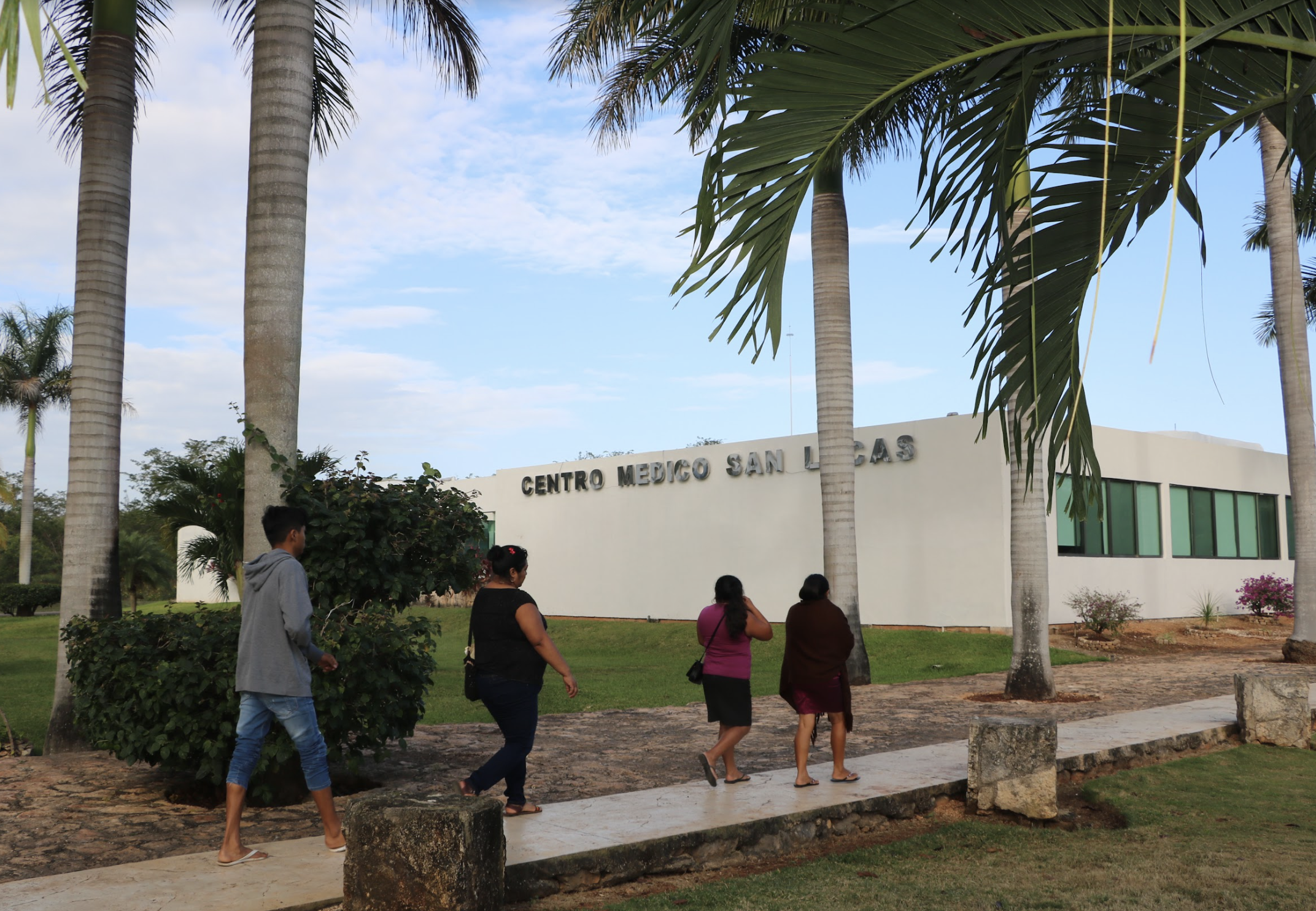 Posted at 15:15h in Uncategorized by missions@medsanlucas.com 0 Comments
1 Like

God moves mountains. He puts kindness into the hearts of his people in order to bless others. When HE finds these willing and open hearts, miracles happen on this earth. Through Him, you and I can be the hands of GOD to bring blessings wherever we go. And this is what the story that I am going to tell you is about.

At the beginning of September 2022, an Orthopedic team from Arkansas arrived at Centro Médico San Lucas. The doctors obtained a grant that provided a donation of 13 knee prostheses. Each prosthesis has a value of 40,000 to 50,000 pesos, and the average cost of a surgery is around 120,000 pesos- an amount that would be impossible to pay for the vast majority of Mexican families. This is why the Orthopedic medical brigades are one of the highest in demand at the San Lucas Medical Center.

Months in advance, 13 knee replacement surgeries were scheduled to be performed in one week. Before the mission week even started, God provided where it seemed impossible. Zimmer Biomet had generously offered to provide us with the equipment for our surgical week, but with this trip being put together with shorter notice than usual, we realized the grant that we applied for many not get approved in time. After many prayers and phone calls, we learned that Zimmer had an office in Merida- two hours from Valladolid. Instead of shipping equipment from the US, we asked if they would be willing to use the money from the grant to purchase the prosthesis in Merida and have the Mexican branch supply the equipment to us. Zimmer had never done this before and it was not within their typical policy for charitable grants. But two weeks before the campaign, they approved this on a trial basis. We had the 13 knee prosthesis and were ready for our mission trip!

The week of the knee campaign began, and the results of the patients were amazing- each one with an impactful story.  On the second to last day, the final two scheduled patients could not be operated due to some complication with their health and suddenly, there were two available spaces to bless other people. But finding two new patients would be a difficult thing to achieve in less than 24 hours. This would require preoperative studies, the patient would need to arrive as soon as possible, and the biggest issue at hand was having the actual prosthesis that the patient needed. For knee replacement surgeries, you need the exact measurements of the patient to match them with a prosthesis. We had already sent in the measurements of our 13 patients months in advance when we applied for the grant.

The wait list was searched and no patient was immediately available for surgery at that time. It was then that the list of patients from the Mayan communities was searched, who live in deep poverty and the vast majority cannot pay even the recovery fee (for which the doctors obtained a 100% donation for these patients.)

Maria Lidia Martin Cocom, originally from Tizimin, Yucatan, and Guillermo Garcia, from Chiapas, had been waiting for this surgery for years, struggling with almost unbearable pain. With no strength to stand up, multiple negative diagnoses, and the knowledge that that they required such an expensive surgery, they both became very discouraged. María, being a widow and dependent on her children, would not be able to pay. And for Guillermo, having a monthly income of 5,000 pesos (or $250 USD), it would be impossible. We know that it is in the impossible where GOD steps in and manifests his power.

We had the right patients, but the complicated part would now come, since each patient requires an adequate prosthesis according to their own measurements of their knee.

But God, having absolute control of all work in favor at all times and for this purpose, went before us days before we even knew about Maria and Guillermo.  Zimmer Biomet Merida, who provided us with the equipment, brought the prostheses that had been ordered for the 13. And in addition, they also brought extra prosthesis that they had in their inventory, two of which matched the exact size for Maria and Guillermo. Because of this, the surgery was achieved in a timely manner and was successful. Maria and Guillermo’s quality of life, alone with the other 11 patients, would be transformed.

Today, Maria Lidia is recovering at home, her desire to live has returned, to enjoy life, with a strengthened faith and gratitude to GOD for moving the hearts of generous people who allowed this surgery to be performed.

Guillermo Garcia, who currently resides in Chetumal, is also very happy recovering. He is grateful to God and to the people that GOD used for this miracle. Having undergone surgery and recovering, he is convinced that all these gifts have come from God and that we are all called to bless our neighbor according to our abilities.

Through this story, the hearts of the staff for Zimmer Merida were touched. For the Zimmer staff in Merida and in the US, this novel partnership was a great success.. Earlier on in the grant application process, when we were feeling hopeless, God knew all along. He saw Maria, he saw Guillermo and I believe he saw even more patients that we have yet to reach. He knew this grant would be approved, but not in the way we hoped. He connected us to Maria and Guillermo and he connected us to a wonderful medical supplier just 2 hours away! Now, we have hope that Zimmer Merida will continue this relationship with us, supplying equipment to our hospital for coming mission trips, to impact future patients that we don’t yet see, but we know that God sees them. Right now. And he has a merciful plan to capture their heart, and bless us all in the process.

Sorry, the comment form is closed at this time.